Democrats are anxious about the minimal turnout of young voters among the millions of early voters who showed up, even if historically, they don’t vote early.

According to Tom Bonier, CEO of the Democratic Data company TargetSmart, the need for young voters to come out and grow the numbers before election day is important. What Democratic operatives want to avoid are the shifting of votes, which ex-president Trump and his Republican minions are repeatedly trying to influence by sowing doubts and falsehoods.

As of the moment, early voting data still does not present a clear outcome for the coming November midterm election. About 15 million voters or so have already shown up in the polls to cast their midterm votes. However, the United States Elections Project noted that compared to the early young voter turnout in the previous 2018 midterm elections, only a small fraction of young voters have cast early votes for the 2022 midterm. 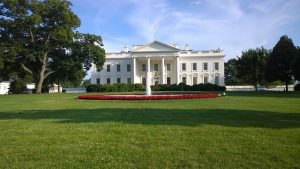 There is still a possibility that many could drop out from the 2022 election population, feeling dissatisfied over the Biden administration’s not so sterling performance. Still, the analysts at Tufts University believe that the young voters who supported Biden in the 2020 elections will turn up. The likely motivations for doing so are the Supreme Court’s reversal of the Roe vs. Wade ruling and Biden’s cancellation of student loans.